Schools Participating From The Four State Area Include:

SHORT BREAKS WILL BE TAKEN IF TIME PERMITS

WE WILL HAVE A SHORT LUNCH BREAK, ADDITIONAL SHORT BREAKS WILL ONLY BE TAKEN IF NEEDED TO MEET THE STATE 45 MINUTE BREAK RULE 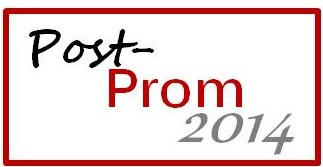 Parents of Juniors or Seniors:

The organizational meeting for the post prom was held Monday evening, January 20th.  Several items were discussed: Entertainment and games, prizes, donation cards and parents to lead post prom.  The entertainment will be researched and booked before the next meeting.

Parents are asked to come to the high school office and pick up donation cards and contact local businesses for donations.  There are many businesses and organizations that need to be contacted.  It takes the help of many to make post prom successful.  Parents are encouraged to attend the next post prom meeting and help in one of the last memorable events for juniors and seniors.

A Chadron High School student is among 23 students throughout Nebraska who have been nominated by U.S. Senator Deb Fischer (R-Neb.) to attend one of the nation’s military academies. Elizabeth Darnell from Chadron has been nominated by Senator Fischer to attend the U.S. Military Academy and U.S. Naval Academy.

Every year, senators nominate a select group of eligible individuals to attend one of the four U.S. Military Service Academies: the United States Air Force Academy, United States Merchant Marine Academy, United States Military Academy and United States Naval Academy.
Candidates for admission to one of the academies generally must both apply directly to the academy and receive a nomination, usually from a member of Congress. Tuition is fully funded at each institution in exchange for an active duty service obligation upon graduation.
“I am proud of the talented group of students from across the state who applied for a nomination to one of our nation’s military service academies this year,” said Fischer. “It is a great honor to nominate this outstanding group of young men and women to become the next generation of military leaders. Nebraskans have a long history of military service, and these individuals represent our state well as they seek to carry on this tradition.”
--Office of Senator Deb Fischer

(Story courtesy of Roxi Graham-Marski, chadrad.com)
Posted by Mr. Mack at 6:59 AM

On Tuesday, January 14, 2014, Mr. Bradley’s anatomy class did a lab investigating blood pressure and pulse rates. Students worked in groups of two using an automatic sphygmomanometer, a device which measures blood pressure, and in this case, pulse, too.

Each pair was given a series of situations in which they measured changes in blood pressure and pulse rate. They recorded initial measurements as well as measurements after a period of rest and a period of activity. For each of these tests, students received “fitness points” for the variance between their initial rates and rates after being tested. Fitness points were also given for recovery time after 15 seconds of running up and down stairs. When added together, these fitness points represented a level of cardiovascular fitness. A score of 7 or less ranked as poor fitness, 8 - 13 ranked as fair, 14 - 16 ranked as good, and 17 - 18 ranked as excellent condition.

Following the lab, students were told to write a paper describing their results and the accuracy of this lab. They were also told to describe improvements which could be made to this lab.

The purpose of this lab was to observe how metabolic rates are affected by certain situations. During exercise, the circulatory system increases blood flow to muscle tissue while decreasing flow to other areas. This helped students to further understand how metabolism works in their chapter over cell and tissue functions.
Posted by Mr. Mack at 9:08 AM

We recently mailed a survey home to parents who may be employed by any Federal agency or on Federal Property.  Chadron Public Schools is currently applying for Impact Aid 8003 which helps finance education for our district.

Parents of K-12 students attending Chadron Public Schools:  If you are employed by a Federal agency, work on Federal property, or are a member of the Armed Services, we would appreciate your cooperation and participation in this application by filling out and returning the survey by Friday, January 10th.

If you have any questions, please feel free to call the Central Office at 432-0700.  Thank you very much for your assistance.
Posted by Mr. Mack at 9:05 AM

Engineering students from the South Dakota School of Mines and Technology visited Chadron High School today. CHS physics and advanced math classes participated in several hands-on learning engineering projects. Groups of students were given different projects to problem solve creations of paper constructions as well as the opportunity for all students to assemble and disassemble a steel bridge. 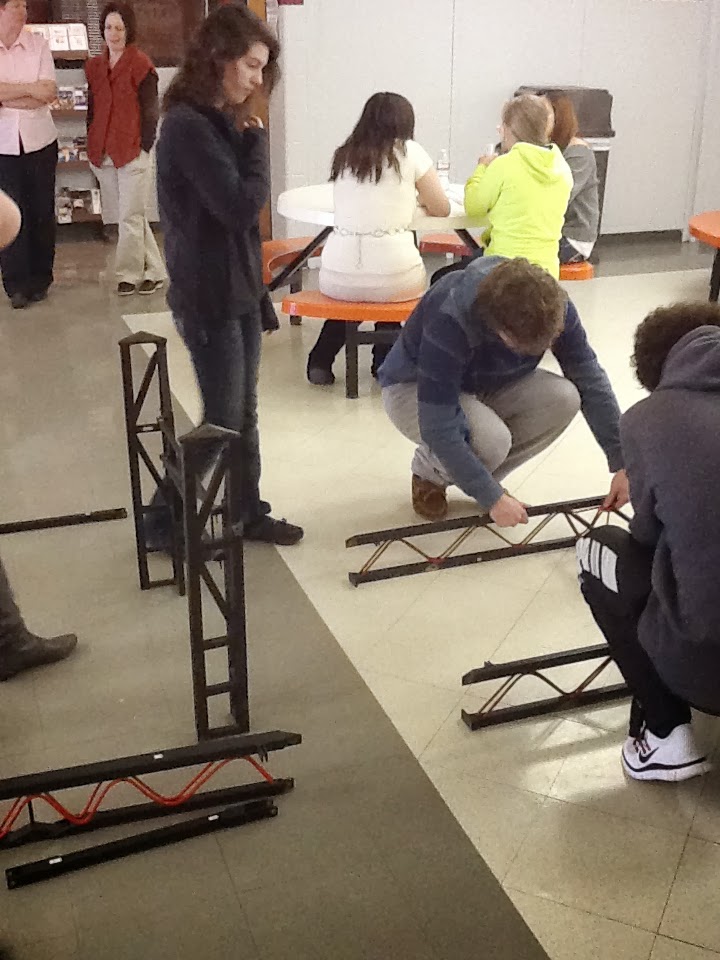 The SDSM&T students explained the many different competitions that they participate in ranging from Formula One racing, the steel bridge, and a concrete canoe. The importance of communication, teamwork, and knowledge was repeated several times. 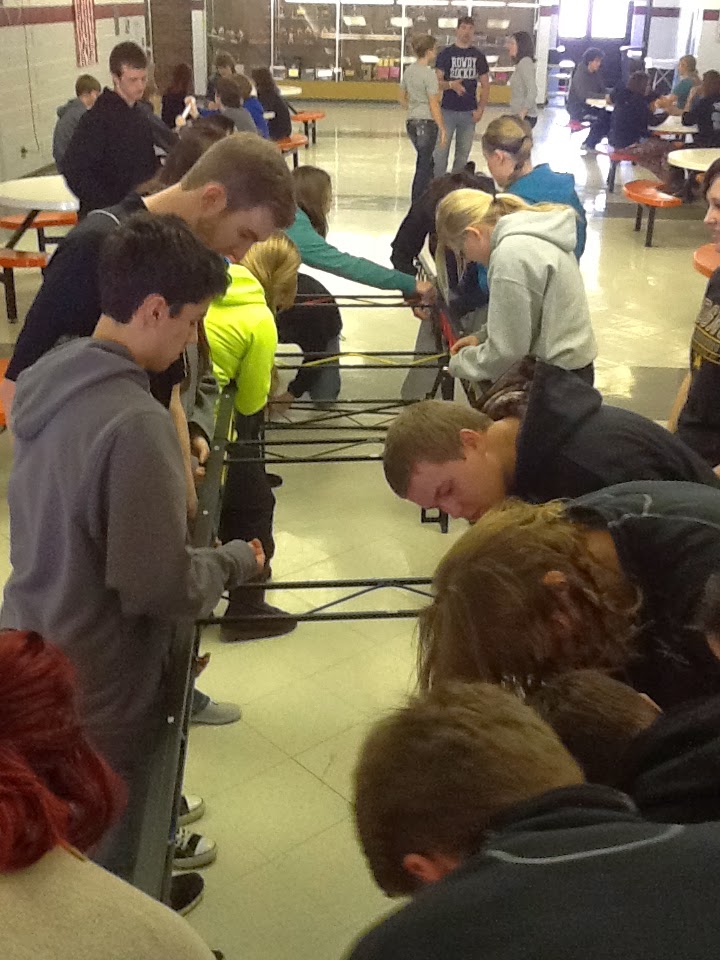 At the end of the presentation and projects, students had the opportunity to ask questions about the field of engineering as well as college and internship opportunities.

The SDSM&T students are currently traveling to many panhandle schools to encourage students to pursue a career in engineering. 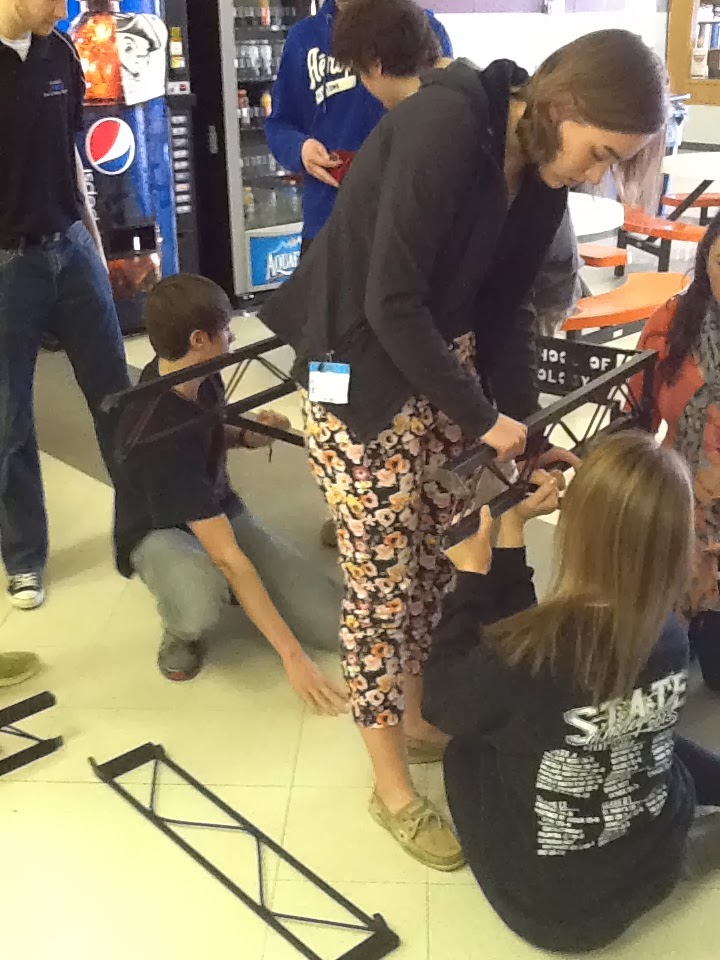 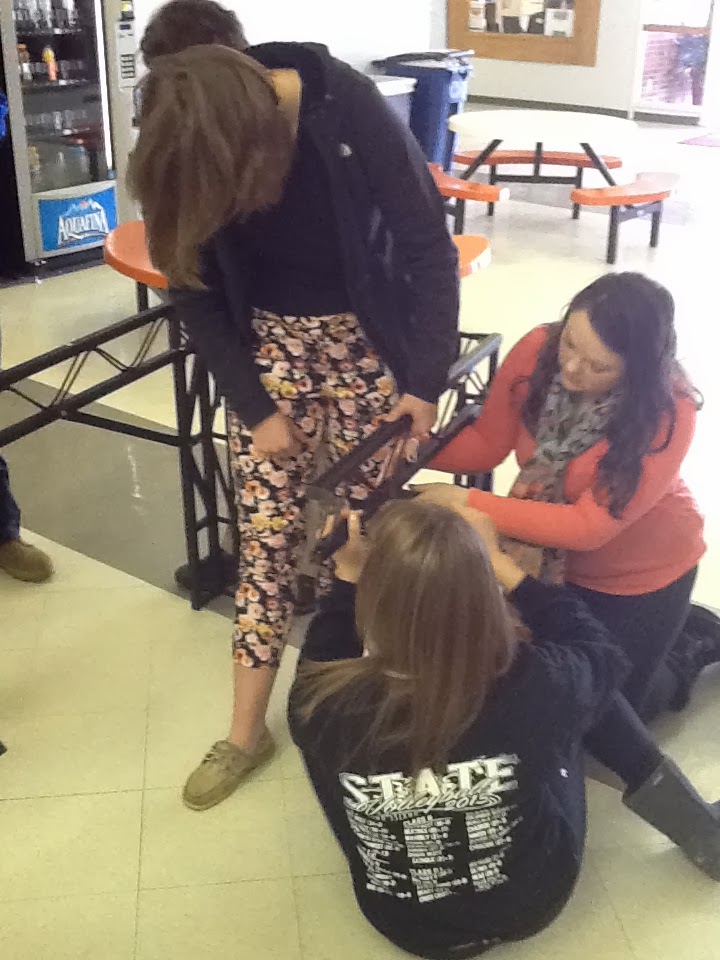 Senior Pictures Are Needed For Yearbook


Mrs. Paopao, yearbook adviser, has asked that seniors submit a senior picture to her by January 15th.  These pictures may be emailed to her (jill.paopao@chadronschools.net) via a student’s photographer, or they may turn in a hard copy.  The senior pictures for the wall composite need to be vertical, wallet sized photos.

In addition to the senior picture, parents are asked to also submit a baby picture and a congratulatory note to their senior.  The note needs to be around 25 words or less.  All baby pictures will be returned by the end of the year.
Posted by Mr. Mack at 6:56 AM

Trip To Europe Is In The Plans!

If traveling is a dream of any student at Chadron High, that opportunity is closer to becoming a reality.  Mrs. Paopao and Mr. McCarty are taking students to Rome and Athens in May of 2015 through a traveling group called Education First (EF).


In May of 2013 Mrs. Paopao and Mr. McCarty took students to Ireland, England, Wales, and France.  Because of their great experience on this trip, they wanted to offer another opportunity to students.


They have chosen to travel with EF because they have been in business for over 40 years and have offices around the world, which makes them feel secure. Their previous experiences with them was also outstanding.  Another factor in their choice is that EF guarantees the lowest prices for the highest quality.  The cost of the 13-day trip, with a four day cruise is about $4455 ($291 per month) and includes round-trip airfare, hotel accommodations, a full-time EF Tour Director, daily breakfast and dinner, entrance fees to select attractions and guided sightseeing.  They will also be fundraising over the next year to assist in paying for the trip.


You may also visit eftours.com/student and use the tour number 1474114YK
to check out the tour and the company that they have chosen.
Posted by Mr. Mack at 6:49 AM

'Shop With A Cop' Serves 200 Children

“8th Annual Shop with a Cop”

The “Shop with a Cop” project was established eight years ago. Donations were used to purchase food and gifts for less fortunate children and families within our community.  The Chadron Police Department would like to say “Thank You” to the generous citizens, local businesses, and organizations for their support with this year’s “Shop with a Cop” program, making it another successful year. Because of your kindness, many children within our community experienced a happy holiday.

The program was able to serve approximately 200 kids, with cash donations, non cash donations, food, gift cards, and toys, totaling approximately $9,000. If you have questions about the “Shop with a Cop” program please contact the Chadron Police Department at 432-0510. Again, thank you for contributions. We are truly a great community of people that is willing to help out others.

You can follow us on the web at www.facebook.com/chadronpolice or on Twitter @chadronpolice
Posted by Mr. Mack at 10:02 AM

Welcome back students!
I hope everyone had a great break!

Just a quick reminder that the second semester begins Tuesday, January 7th at 7:55am.  Second semester class schedules will be handed out to each student in the Commons before school.
Posted by Mr. Mack at 9:40 AM