Join Us For Sweetsingsations Feb. 27th 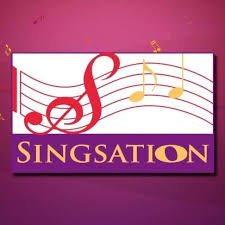 Join us for our Cardinal Singers fund raising event:

Thank you for your support!
Posted by Mr. Mack at 1:12 PM

(Emailed letter to the students of CHS by Mr. Mack)


To the students of CHS,


At our most recent high school dance co-sponsored by the CHS Student Council and FBLA, I attempted a compromise to the ‘grinding’ style of dancing to address requests by parents and patrons. This compromise I suggested was agreed upon to the officers and sponsors prior to the dance and it was announced at the door for student agreement before paying to enter. The compromise for the front-to-back dancing style was to have couples stand straight and not have the front person pressing buttocks back into the other.


(For those students that weren’t there) During the second hour of the dance, a couple songs required staff to walk in to remind couples of appropriate dancing, a few songs later I paused the music and reminded the dancers of what we agreed upon at the door before they paid to enter. I told students how I hoped they would all stay and enjoy the night by dancing in an appropriate and agreed upon manner. However, half of the students present chose to leave the dance. The dance continued until midnight without any incidents or concerns.


I want the student body to know that I appreciate the respect you showed whether you left or stayed. I had many students express their understanding of the situation before leaving and many students thank me and the sponsors at the end of the night for our efforts.


I do however, ...feel bad.  I know this change came suddenly due to recent concerns and that it hasn’t always been addressed so strictly in the past.  For those of you that disagree with my decision, your reasons for wanting to keep this style have been my reasoning for allowing it to stay.  We have had some issues with it in the past and addressed them individually, but it is difficult for chaperones to constantly decide when front-to-back dancing is acceptable versus when it is not acceptable due to sexually suggestive actions which are neither acceptable for a school function nor age appropriate.


I know, as many of you do, that we are one of the last schools in the area to address this style of dancing. This shows that even though we have had some issues, overall, our students have been respectful and our staff have made many attempts to accommodate.  Last night was an example, the students that chose to leave did so with respect while the sponsors and I attempted to compromise a reasonable request by parents.


I will continue to honor the request to address this style of dancing. However, since the compromise did not work, we will ban front-to-back dancing at Chadron High School. I realize all of our dances are voluntary, however, I do hope you will continue to attend and express yourselves in a school acceptable and age appropriate manner. 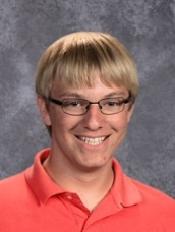 The National Merit Scholarship Program has now determined which of the 16,000 semifinalists named in September have met all requirements to advance to Finalist standing in the competition.  CHS senior standout Hunter Hawk has been selected as a finalist for the National Merit Scholarship to be offered in 2018.  Hunter is the son of Jason and Amy Hawk.

The selection of some 7,500 Merit Scholarship winners from the group of finalists is now in progress.  To be considered for a National Merit Scholarship, Semifinalists have to fulfill requirements to advance to Finalist standing. Each Semifinalist submits a detailed scholarship application, which includes essays and information about extracurricular achievement, awards, and leadership positions. Semifinalists also have to have an outstanding academic record, be endorsed and recommended by a school official, and earn SAT scores that confirm their qualifying test performance. From the Semifinalist group, a certain number of students, varying from year to year, advance to Finalist standing depending on the above criteria. By the conclusion of the competition, a select group of Finalists are chosen to receive prestigious National Merit Scholarships totaling nearly $35 million. Winners are the Finalist candidates judged to have the strongest combination of academic skills and achievements, extracurricular accomplishments, and potential for success in rigorous university studies. Scholarship winners represent fewer than 1% of the initial pool of student entrants, based on official statistics released by the National Merit Scholarship Corporation.Congratulations Hunter Hawk, CHS is very proud of you!
Posted by Mr. Mack at 12:16 PM

We hosted our first strategic planning meeting on February 21st to address Chadron Public School extracurricular programs.  The meeting was facilitated by Dr. Troy Unzicker who is the Alliance Public Schools Superintendent and serves on the Board for the Nebraska Schools Activities Association.  Dr. Unzicker lead stakeholders, staff, students and School Board members through opportunities to share thoughts and opinions on the strengths, weaknesses, opportunities and gaps for our programs.  The next steps are to compile and share information gathered and set a date to meet again to continue the strategic planning process.
Thank you to all who attended!

Congratulations to CHS & CMS Vocal Music Teacher Wendy Mahr, selected as the Teacher of the Month for the region!

Mrs. Mahr was presented the award at school today surrounded by the Cardinal Singers!

Gordon Nebraska – A team from Sidney High School will represent the Panhandle for the Nebraska
Envirothon Contest at Niobrara State Park Wednesday, April 25, 2018. The first place team was Sidney
High School Team 1 who edged out their competition by just one half of a point.  Jack Johnson, Kade
Price, Mattea Scheuerman, Brodie Sutton and Lauren Uhlir earned the state berth with a score of 125
on Wednesday, February 7 at the contest held in Gordon. 44 students competed in the regional contest
from six schools including Sidney, Chadron, Creek Valley, Banner County, Crawford and Leyton.
On the way to the Western Region title, the top overall placing Sidney team posted the highest topics
scores in Aquatics, Forestry, Policy and Wildlife. Second place overall in the Western Region was
clenched by Sidney Team 2 competitors and Creek Valley took the third place honors.
The Envirothon is open to all 9-12th grade students and encourages high school students to learn more
about the natural environment. The contest challenges students’ knowledge on aquatics, forestry,
wildlife, range, soils, land use and natural resource policy or issues and one special topic of national
interest. Up to five-member teams compete in a setting where they learn that cooperation is needed to
achieve success.

Each year, 7 regional Envirothon contests are coordinated across Nebraska by Nebraska’s Natural
Resources Districts. The Western Region contest is hosted by the Upper Niobrara White NRD with
assistance from partners. Historically, the Gordon contest is held at Gordon City Hall in conjunction
with the District 12 Future Farmers of America (FFA) agriculture contest.
The winning team from each of 6 regions is invited to represent their region at the Nebraska State
Envirothon Competition. An additional eight wildcard teams with the highest scores are also invited.
The state champion then goes on to represent Nebraska at the National Envirothon contest which will
be in Pocatello Idaho July 22 through July 25, 2018. Members of the top ten teams from that event
will be awarded National Scholarships that can be used toward a four year university, two year college
or trade school.

We look forward to visiting with you!
Posted by Mr. Mack at 10:27 AM 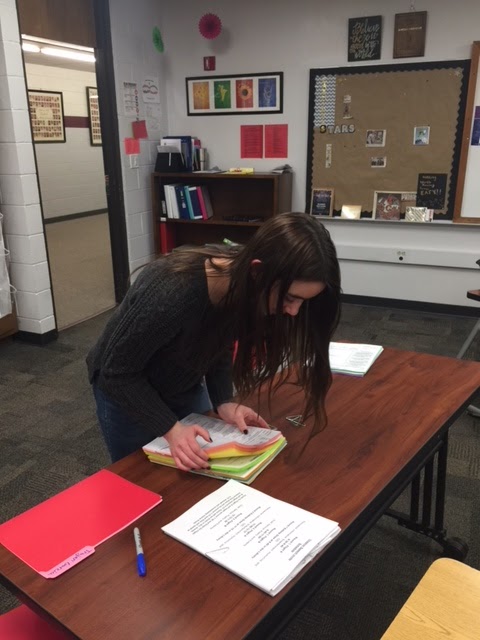 The 2017-18 Speech Team is proud to host the Chadron Invite this Saturday, February 3rd!
Competitive teams from area high schools will begin arriving at CHS by 7:45am, with events
starting at 8:30 a.m. and changing every hour and a half.

The CHS Speech Team has been working hard since the end of November to have a
successful and competitive season. And, last week, the team earned second place in Class B
events! Head Coach, Mrs. Lanphear, and Assistant Coach, Mrs. Welch, are new Speech
coaches this year. With more than 60% of the team new members (already completing at the
Varsity level at their second meet), this is a team to watch! 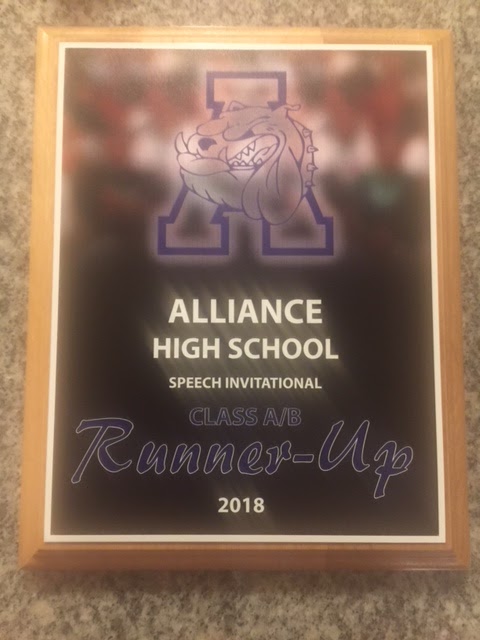 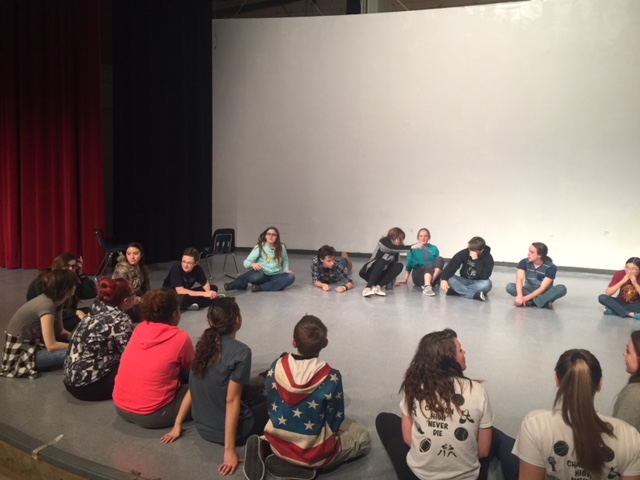 Events for this Saturday’s meet begin at 8:30 a.m. sharp. There will be schedules available at
the front door of CHS and Finals Rounds (the best of the best!) will begin at 1:30pm, with
awards to follow in the auditorium. Come to CHS this Saturday to support this dedicated and
talented team. Go Cards!

Chadron and the Cardinals Committed are proud leaders and supporters of the state-wide push for the Human Performance Project of Nebraska.

Cardinals Committed is not a club, it's a lifestyle!  We're thankful for this program and the leadership opportunities it provides for our students.